Some days, I just want to SCREAM!


My partner and I were talking about what often consumes most of our time as VPs. It's not student discipline. It's not curriculum or assessment and evaluation (ha!). It's not our portfolios. Instead, we spent inordinate amounts of time dealing with the fallout from teacher mishaps and misbehaviour and find ourselves either putting out fires and having to follow up with more formal measure.  Sometimes this this has meant one-on-one conversations between the teacher and myself. Other times, the principal or superintendent has become involved due to the nature of the incident. I have even had to make a report with the Children's Aid Society - one of the WORST days of my professional life, I might add. (And this individual will never know, nor likely care how horribly I felt about making the call). Often, despite developing good relationships with teachers, they often forget that my role is two-fold:

1. To advocate for and protect students, and
2. To honour the collective agreement.

In that order, respectively. I want to entertain casual and easy-going relationships with teachers, but I find that I remember the boundaries of the professional working relationship and have to choose between friendly interactions or (quite frankly) disrespectful exchanges when I am compelled to act. 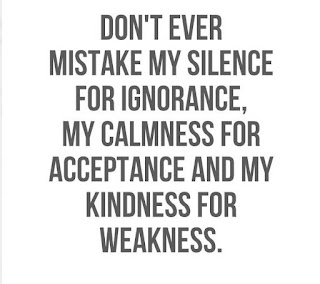 Recently I had to deal with an issue that erupted in a teacher's classroom. I felt I was fair with my treatment of the teacher and student and conducted my interview to gather as much data as possible in order to make a fair and just decision.  The individual informed me once consequences were delivered and served that (s)he was unsatisfied with the consequence and felt the situation was not handled properly - by the principal in particular. (S)he told me she was consulting with her/his union and asked that I not mention anything until (s)he decided her next steps. There was nothing to tell, so I didn't. Later in the day, we spoke again. I understood that (s)he was willing to meet with the principal so long as her union rep was present. Being the type of VP who would never allow the principal to be blindsided, I gave him a heads-up. The principal emailed the rep to set up a time and copied the teacher and myself on the communication. I received an email from the teacher who chastised me for a breach of confidence and making a decision on her behalf to meet with the rep present and that (s)he would now be very careful in any future conversation with. "Lesson learned." (s)he wrote.

It is not in my nature not to respond to such ridiculousness but in my years as a VP, I have learned that if you trust your VP partner, it's often best not to process alone. It just so happens that the other VP has been excommunicated by this teacher as she too, has a history of putting out multiple fires where this teacher is concerned and had similar experiences as this. I responded that I was of the mind that she made a decision, that since the principal had previously requested a meeting (to which she was no-show), I felt it reasonable to apprise him of her/his decision. I concluded that I would not meet with her/him unless another administrator was present in order to avoid any future miscommunication.

This is first time in all my years in education that I have ever imposed this sort of condition on a working relationship. I know I have been more than supportive of this teacher. It's almost embarrassing to list the interventions, but for the sake of her students I would do those things again. I have tolerated tirade after tirade, excuse after excuse. I have always maintained a calm disposition knowing full-well that the individual I was dealing with is simply not well and that to engage would be futile. I have done my best to give advice and re-direction. To this person, all of these dealing were personal to her/him, as if to suggest that since I had not be excommunicated and (s)he was willing to talk to me, it was implied that I owed her/him in some way. I know this would never be tolerated in the private sector and yet, in our schools, administrators are subject to disrespect and insubordination on a regular basis because some systems have allowed the interests of unions to supersede the rights of administrators (even those explicitly stated in the Education Act, some of which have been bargained away in the interest of public relations) to run a school and maintains standards for the good of the students. It's a reality of my working conditions that I cannot change at the moment and I have always worked cooperative with the unit office and I have no doubt the meeting will go well provided that we all stick to the facts of the matter. Unfortunately, my rendering of the facts and the teacher's will likely be two different stories entirely...

Popular posts from this blog

Leading During a Pandemic

January 02, 2021
Never thought I'd EVER type a title like that.  Pandemics were only events I had taught about during my History classes. The experience thus far can only be described as surreal. It's been a part of our reality for nearly 10 months now and the fear and uncertainty is still not lost on me with the reporting of daily infection and death rates. It has been my single greatest challenge as a leader to date to show up to work everyday imbuing optimism that we're going to be ok, that school is a safe place to be. I have to say that on 98% of those days, I have believed just that. We have be so very fortunate not to have experienced any positive diagnoses of COVID-19 so far. Implementing the new health and safety protocols, while tedious and laborious, has not been all that  difficult. Sure, the work up front was a lot - signage, taping arrows and cues on the walls and floors, rearranging classroom furniture to establish social distancing in the classrooms ... as the Principal, th
Post a Comment
Read more

I Am a Catholic Principal!

May 02, 2020
Yesterday was National School Principal Day and this lovely nod from CPCO showed up on my Twitter feed! Prior to its release, I had to complete a questionnaire and what is featured on this image is the answer to a question that asked about what I thought was greatest accomplishment over the past year. I thought I would share all of the responses to the other questions that were asked. Is there a personal experience/incident that led you to choose this vocation? Please describe. I never planned for a career in Administration because I loved teaching too much. In ongoing discussion with a Superintendent-mentor, I began to realize how much more I could help students who really needed it. I also began to realize the potential that existed to influence change at both the local and systemic level in terms of supporting a variety of student needs through various initiatives. What do you love the most about being a Catholic school leader? What I have come to truly appreciate and love
Post a Comment
Read more

May 02, 2020
Tomorrow marks the beginning of Catholic Education Week. It is truly a gift to be able to work in a publicly-funded Catholic school, where we can be free to express our faith so freely and unapologetically. It's a bit sad that we are presently in quarantine and cannot gather in community to celebrate this wonderful gift but my staff and I decided to capitalize on the marvel that is social media to stay connected to our students. We wanted to inspire hope and encourage them from our homes, to theirs. I challenged my staff to select a favourite Scripture passage that they felt evokes a great sense of hope and each day on our school's Twitter feed, I feature a staff member with their quote. I also posted these photos into all of the Google Classrooms that the staff were running for  distance learning. In our special community, where relationships are so key to student success, we thought it was important for the kids to see our faces. We called our little project #motivatedbyfaith
4 comments
Read more